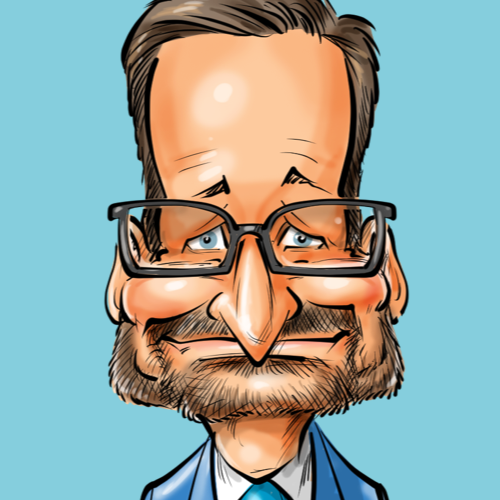 Yves-François studied history and anthropology at Université de Montréal before working as a teacher and founding an artist, record and concert management firm (label), YFB Inc. In 2006, he was named the local business personality of the year by the Drummondville Chamber of Commerce. In 2008 he was elected as a Member of the National Assembly representing the Parti Québécois and served as the Minister of Sustainable Development, Environment, Wildlife and Parks. In January 2019 Yves-François was acclaimed as the new leader of the Bloc Québécois.

The Bloc Québécois will campaign for the right to separate from Canada with full compensation and without any conditions placed on Quebec. Once complete, the elimination of two levels of government is expected to save hundreds of millions of dollars. These funds will be redirected towards programs within Québéc.[1]

The Bloc Québécois proposes that Revenu Québec, which already administers the collection of the federal GST, also administers the federal tax. With only one tax return to file, this measure is expected to save individuals and businesses time and money.[1]

The Bloc is proposing green equalization, a tax reform that would reshape the carbon tax, shift some of the income tax to green taxation and revise the equalization formula to include incentives to fight climate change much more actively.[1]

The Bloc Québécois is committed to stopping fossil fuel subsidies. The Bloc thinks Ottawa should reconsider its decision to re-invest in fossil fuels and instead put in place a program of electric transportation between provinces.[1][2]

If elected, the Bloc Québécois will ensure that Quebecers will not have to pay for the billions in debt incurred by the hydroelectric program in Newfoundland.[1]

Québec has asked Ottawa to increase health transfers by 6% per year, to cover up to 25% of Québec's total cost. Without the increase, the Bloc expects there will be losses of $14 billion in the next decade that would lead to cuts in health services.[1]

The Bloc will continue pressing Ottawa to reaffirm women’s right to access abortion no matter the reason.[1]

The Bloc will work to change the current mechanism used to set the cost of prescription medication.[4]

The Bloc will use its right to diplomacy during international parliamentary missions to promote Québec, its sovereignty project, and to develop a network of sympathizers to Québec’s cause.[1]

The Bloc will call on the federal government to promote Quebec’s clean energy to international customers and attract foreign investment.[1]

A Bloc Québecois government would demand that federal investments in job training programs be invested in programs already in place in Quebec.[1]

The Bloc Québécois has asked for $300 million in reimbursement for the fees incurred at the provincial level for housing, healthcare and education of asylum seekers, despite it being a federal responsibility.[1]

The Bloc advocates for Quebec to manage its own immigration policies instead of Ottawa and demands that the federal government give Quebec the right to veto any decisions to deport asylum seekers.[4]

The Bloc Québécois will work to maintain current convention grants (affordable rental rates), while enhancing the budget allocated to the construction, renovation and transformation of affordable and social housing.[1]

The Bloc will demand a progressive reinvestment in affordable housing of up to 1% of annual federal revenues, or $ 3 billion, and will demand unconditional money transfers from Ottawa, in order not to hinder the operation of Quebec programs that could be improved.[1]

For the Bloc, it's simple: The amounts dedicated to infrastructure must be transferred unconditionally and in bulk to the Government of Quebec. The only exception to this rule would be for federal wharves and small regional ports.[1]

The Bloc Québécois is committed to supporting regional airports by enhancing the airport capital assistance program, reducing flight costs, introducing federal funding for aviation safety, and ending what has become a tradition of disinvestment in services.[1]

No official stance has been taken on this topic.

The Bloc proposes to work to develop administrative autonomy, particularly in education, justice, and culture for First Nations communities based on the example of la Paix des braves. La Paix des braves is an agreement between the Cree Nation and the Government of Quebec.[4]

The Bloc will continue to support the United Nations Declaration on the Rights of Indigenous Peoples and work towards its full implementation.[4]

The Bloc believes that private donations to all political parties should be capped at $500 and public funding should be dependent on the number of votes each party receives.[1]

The Bloc proposes to revoke Bill C-51, the Anti-terrorism Act, and to ensure that the nomination of the Security Intelligence Review Committee is supported by all parties in the House of Commons.[1]